On the eve of June 6th 1944, at 0h50, Reverend Geroges Alexander Kay jumped from the 271 Squadron Dakota FZ668, under restoration by Avialogs

George Alexander ‘Alec’ Kay was the son of Thomas and Fanny Kay; and husband of Janet Kay, of Watermillock, Cumberland.
He graduated with a Masters degree (MA) from Oxford University and was ordained as a priest in the Church of England.
Revd ‘Alec’ Kay was granted an emergency commission in the Royal Army Chaplains’ Department on 2 October 1940 and volunteered for airborne forces in 1943.

He qualified as a military parachutist on course 91, which ran at RAF Ringway in November 1943 and subsequently served as the chaplain to the 8th Parachute Battalion, where he was held in high regard.
‘Alec’ Kay was killed during the early stages of the Normandy campaign by machine gun fire while driving a jeep out to collect wounded personnel; in spite of the fact that it was marked with Red Crosses and flying a Red Cross flag.

Revd ‘Alec’ Kay died on 7 June 1944, aged 36 years, and is now buried in Ranville War Cemetery, Normandy.
A memorial plaque to Revd Kay has been placed in the parish church of St Bartholomew, Shapwick, Dorset, where his father served the church during the war years. 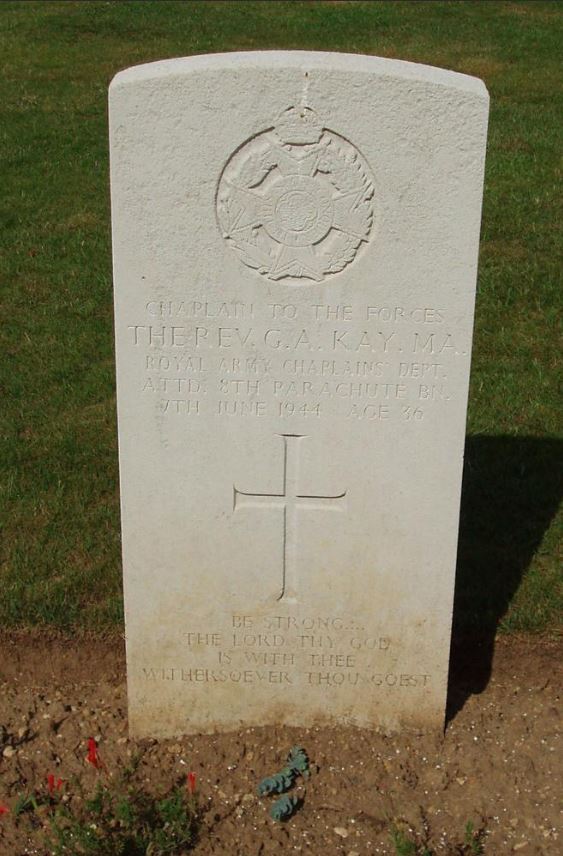 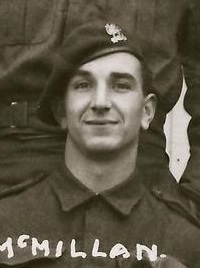 Name: McMILLAN, Alexander Crawford
Rank: Staff-Sergeant Age: 22
No. 6296502 Unit: 11 Flight, E Squadron
Missing since:25-09-1944
Next of Kin: Son of Archibald and Grace McMillan, of Sanguhar, Dumfriesshire.
Groesbeek Panel:8
KIA Information:Known to have been killed in the night of the withdrawal. 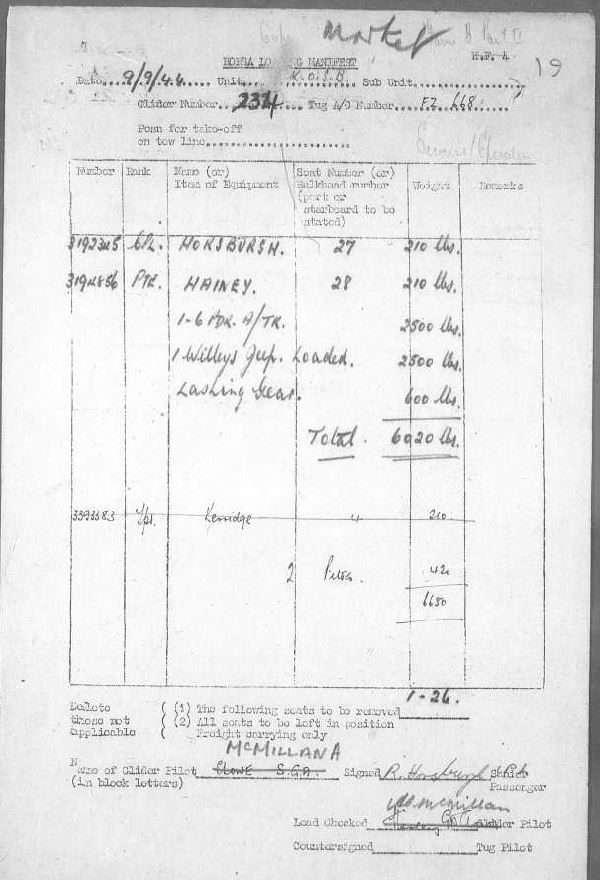