The DC-3 was a major milestone for Trans-Canada Airlines (TCA). It was used extensively on all domestic routes except over the Rocky Mountains. It flew as a companion to the faster Lockheed 14 and 18s and eventually with the Viscount which soon replaced it.
TCA operated a total of 30 DC-3s. Twenty seven were former C-47s and three were former USAF C-49s, all converted to airline configuration by Canadair. The first aircraft, CF-TDJ, entered service on November 1st 1945, flying between Toronto and New York. The final aircraft, CF-TEA departed on April 13th 1963. 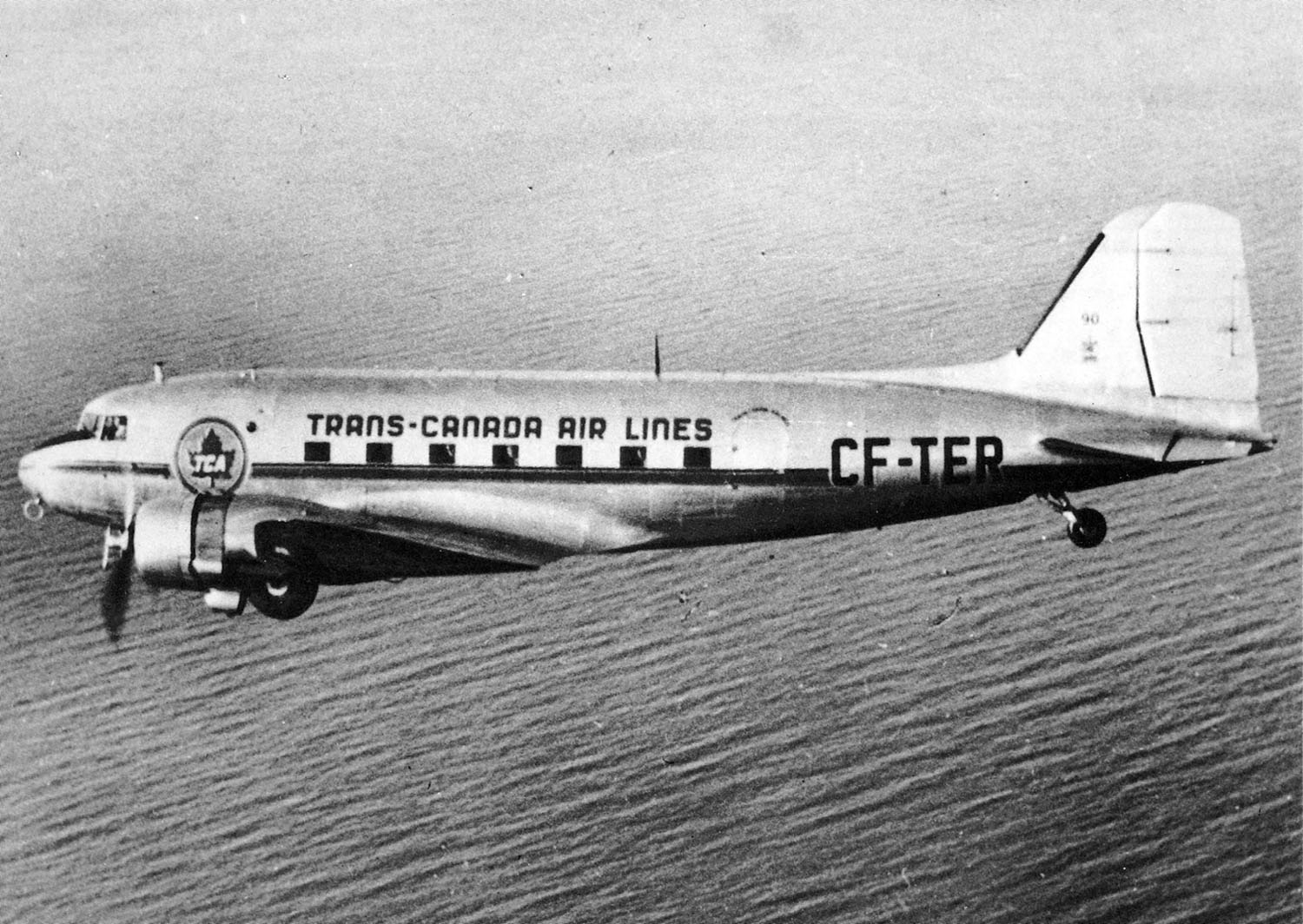 Our aircraft, during her career with TransCanada Airlines (TCA)

The Pratt & Whitney powered aircraft were designated DC-3P by TCA and the Wright powered DC-3W. The basic DC-3P had three variants as follow:

Our aircraft, CF-TER started her career with TCA on April 4th 1947 and was withdrawn from service around summer 1957.