The Douglas DC-3, which made air travel popular, is universally recognized as the greatest airplane of its time. Some would argue that it is the greatest of all time…

The iconic aircraft that dropped thousands of paratroopers into darkness before dawn over the shores of Normandy on D-Day began its journey to military fame as a DC-3 airliner, in use for commercial airlines that were making air travel – still new and novel – popular for the general public. It was the first aircraft to make transcontinental, worldwide commercial air travel possible. The first DC-type airplane was built by Douglas Aircraft Company for Trans World Airlines in 1933. It first flew in airline operation on December 17, 1935, eventually flown by 13 airlines in the US. 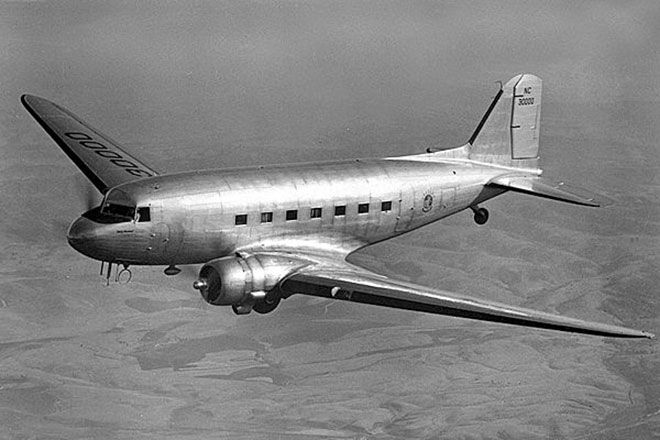 The first DC-3 built was the Douglas Sleeper Transport — also known as Skysleepers by airline customers — and it was the height of luxury. Fourteen plush seats in four main compartments could be folded in pairs to form seven berths, while seven more folded down from the cabin ceiling. The plane could accommodate 14 overnight passengers or 28 for shorter daytime flights. The first was delivered to American Airlines in June 1936, followed two months later by the first standard 21-passenger DC-3.

Like the civilian soldiers who sacrificed safety and comfort to answer the call to fight, when World War II came knocking on the door of the United States, this aircraft was transformed from civilian celebrity to military superhero.

In 1941, a modified version of the DC-3 was chosen by the United States Army Air Forces (USAAF) as its standard transport aircraft. It could carry 6,000 pounds of cargo or 28 fully outfitted soldiers. If used for medical transport, it could hold up to 14 patient stretchers and three nurses. Although many different variations were made and used during World War II, the C-47 is most recognized because of its important role in the invasion of Normandy that would spark an end to the War in Europe.

With the start of World War II, production switched to the C-47 for the duration of the War with 10,174 built for US operations. The planes were manufactured in factories in Santa Monica, CA, Long Beach, CA and Oklahoma City, OK. 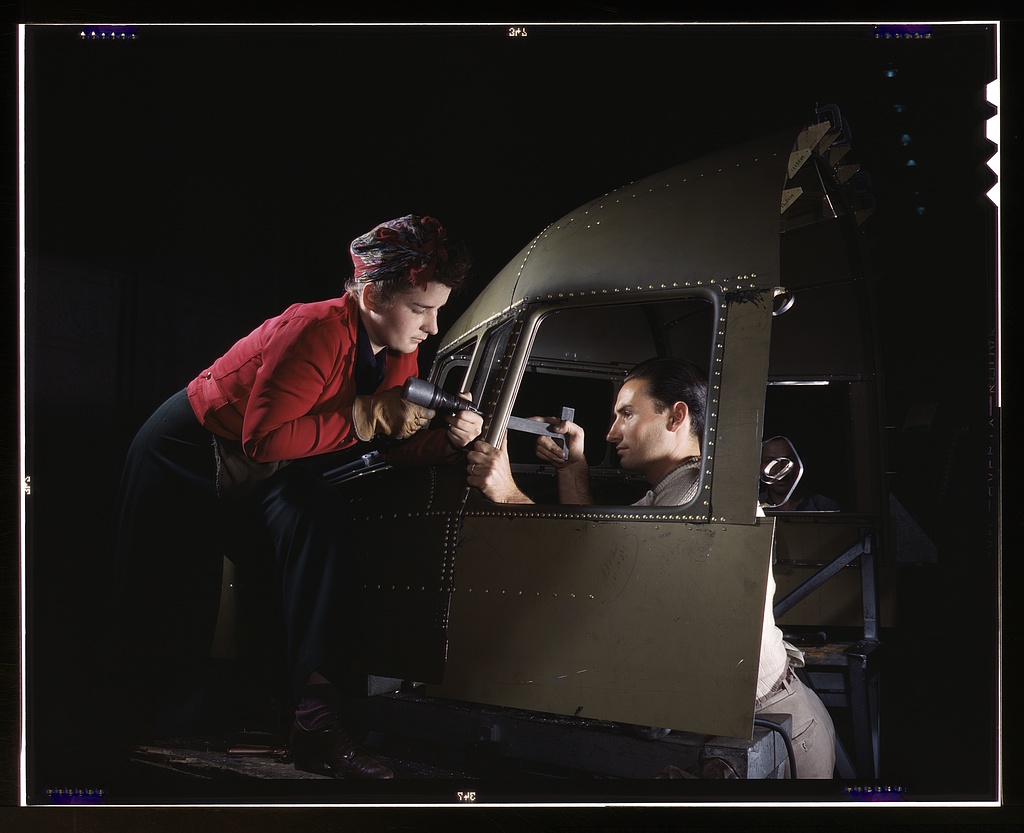 Riveting team working on the cockpit shell of a C-47, Long Beach Factory

This famous airplane had seven basic versions that were built with at least 22 designations for the USAAF. The United States Navy version was known as the R4D, the Canadian a CC-129, and to the British and Australians it was a Dakota. To many GI’s it was simply known as the Gooney Bird.

During combat missions, C-47s would fly in “serials” of up to 50 planes, which delivered a defined package of men and materials to the target. Each plane had an assigned location in the formation and would get a chalk number written on the side to make loading simpler. 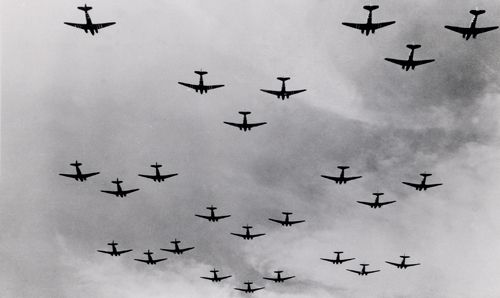 When dropping paratroopers, C-47 squadrons would fly in a “Vs of Vs” formation. Each plane would fly in a three-ship V formation and each V would then fly in a nine-ship V. An eighteen-ship squadron would be two of these nine-ship Vs in trail. A tight formation was important to ensure that the troops landed as one unit in the drop zone.

Towing gliders, the C-47s would fly in a column formation. Each tug would fly in a two-ship formation with the #2 plane echeloned to the right with the next two tugs behind. The formation consisted of two columns with 300 feet lateral separation between. Near the landing zone, the columns would separate 2,000 feet so that the glider landing patterns from the columns did not interfere. A truly remarkable feat!

The C-47 was known to be one of the most vital pieces of equipment that helped win the War, remaining in service far after fighting ended in Europe and the Pacific. The aircraft is also acclaimed for its role in the Berlin Airlift and the Korean and Vietnam conflicts.

This manual is scanned from an original RCAF Dakota Flight manual | Source: Avialogs