Our aircraft was built in January 1944 by Douglas Aircraft Company at their plant in Oklahoma City where at the peak of production 13 C-47s were completed daily for a total of 5,347. Our aircraft has the manufacturer serial number 12253 and its full designation is C-47A-5-DK. 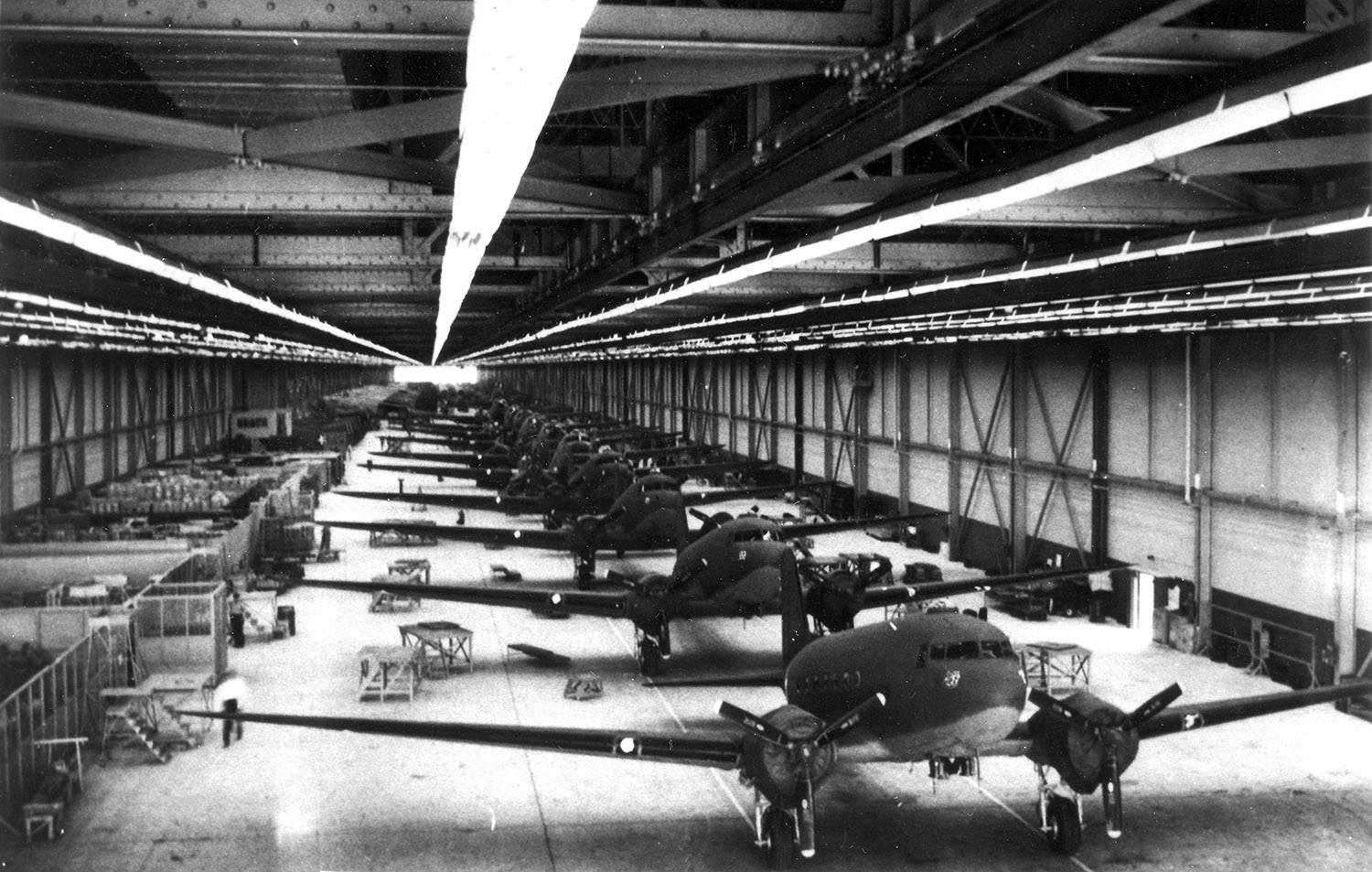 The tail number 42-92451 was assigned by the USAAF on January 24, 1944, and she was taken on charge by the Royal Air Force (RAF) at Dorval, Montreal, QC on February 4th 1944. The RAF registration FZ668 was subsequently assigned to her. She was ferried to England and assigned to 271 Squadron. 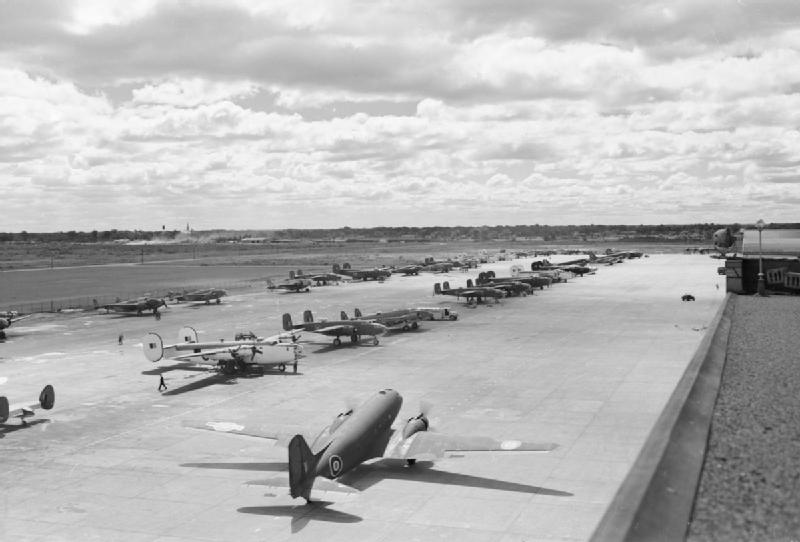 A C-47 delivered to the RAF taxis in at Dorval, QC, Canada during the Second World War. Note the English roundel painted on the American insignia.

271 Squadron was based at Down Ampney and was re-formed on March 28, 1940. Originally dedicated to the transport of passengers and freight, the Squadron was transferred to Transport Command in March 1943 and received its first Dakotas, the name given by the RAF to the C-47, in August 1943. With the arrival of this type, its mission was expanded to include airborne operations, a requirement that developed during the conflict.

A new navigation system (named Rebecca) was installed and the Squadron personnel trained in its use. The only missions flown over occupied France during this period were those of "Nickeling", the dropping of leaflets over cities.

The crews were training for a landing on the continent that they knew was imminent. In April, FZ668 participated in an exercise in which 40 Horsa gliders were to take-off in 25 minutes. On May 21, training exercise "Consternation" involved landing 75 Horsas in 10 minutes.