Ten missions to France were completed between June and August 1944.

On June 21, five aircraft took off from Blakehill Farm with 500-pound bombs to be dropped on B.2 (Bazenville) and B.3 (Saint Croix sur Mer), but engine problems forced FZ668 to return to base 10 minutes later.

It was not until July 2nd that FZ668 took its next flight to occupied France. With the same crew as on June 5th, it took off with a load of ammunition for B.8 (Sommervieu) and returned with 17 wounded on stretchers and 3 walking wounded.

On July 12th, FZ668 transported officers and staff of 136 Wing from Hurn to B.14 (Amblie) and returned to Blakehill Farm with wounded onboard.
On July 25th, a flight to B.14 carried 3,773 lbs of mail and the return flight carried 3,275 lbs of cargo and empty blood boxes 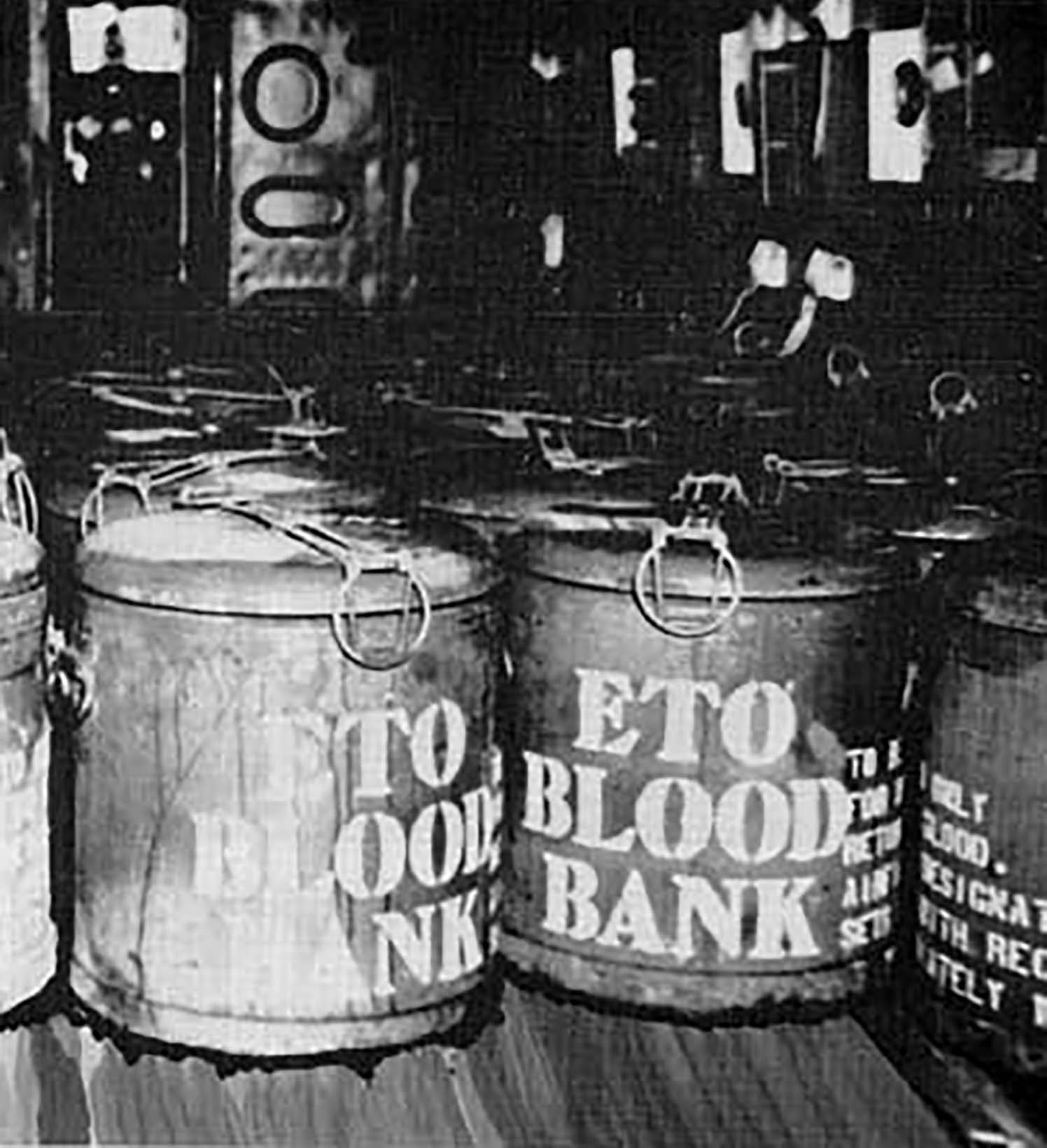 Blood containers for transfusions transported in a C-47.

Injured soldiers in a C-47

On August 19th a similar operation involved FZ668, FZ626 and KG562. 11,703 lbs of freight were delivered to B.14 then 54 stretcher patients and 18 walking wounded were repatriated to England.

On August 21st a last-minute mission to the Falaise Pocket was organized. The first details were received at 23:20 on August 20th, the briefing was held at 01:00 on August 21st, but the containers containing tank shells only finally arrived at 3:45. FZ668 took off at 05:45. Four aircraft of 271 Squadron (FZ668, KG318, FZ626 and KG340) and six from 48 Squadron were assigned to supply the troops. 48 containers of ammunition weighing 14,496 lbs were dropped to supply the allied units in the final assault against the cliff pocket. Canadian and Polish troops were short of ammunition and the 3rd and 4th Canadian Divisions pushed back desperate German attempts to break through the encirclement. Unfortunately, the cloud base was 300-500ft and the drop accuracy was estimated to be only 60%.

On August 27th, when more than 500 aircraft loaded with food converged on the airfield of Orleans Bricy, which had been liberated a few days earlier, FZ668 flew passengers between Northolt, Thorney Island and B.14.