Preparations for a large-scale operation were underway in the U.K. On 31 May 1944, 10 Dakotas of 271 Squadron, including FZ668, joined 233 Squadron at Blakehill Farm. A few days later they were integrated into "A" Flight.

On June 2, the order to seal airbases was given, meaning that staff could no longer leave their bases or communicate with the outside world. On June 3, the aircraft were painted with white and black identification stripes on the wings and fuselage. These “invasion stripes” were used by ground troops and other aircraft to recognize allied aircraft and so prevent friendly fire incidents.

The landing, originally scheduled for June 4th, was postponed due to the weather. Finally, on June 5th, the forecast improved and at 3pm the crews were called for a briefing.

FZ668, our Dakota, took off at 23:20 as one of a fleet of 108 RAF C-47s whose mission was to neutralize the German forces behind the beaches to be used for the landings. Her crew was F/O Nicholl, F/O Dale, F / s Marsden and Sgt Caves. 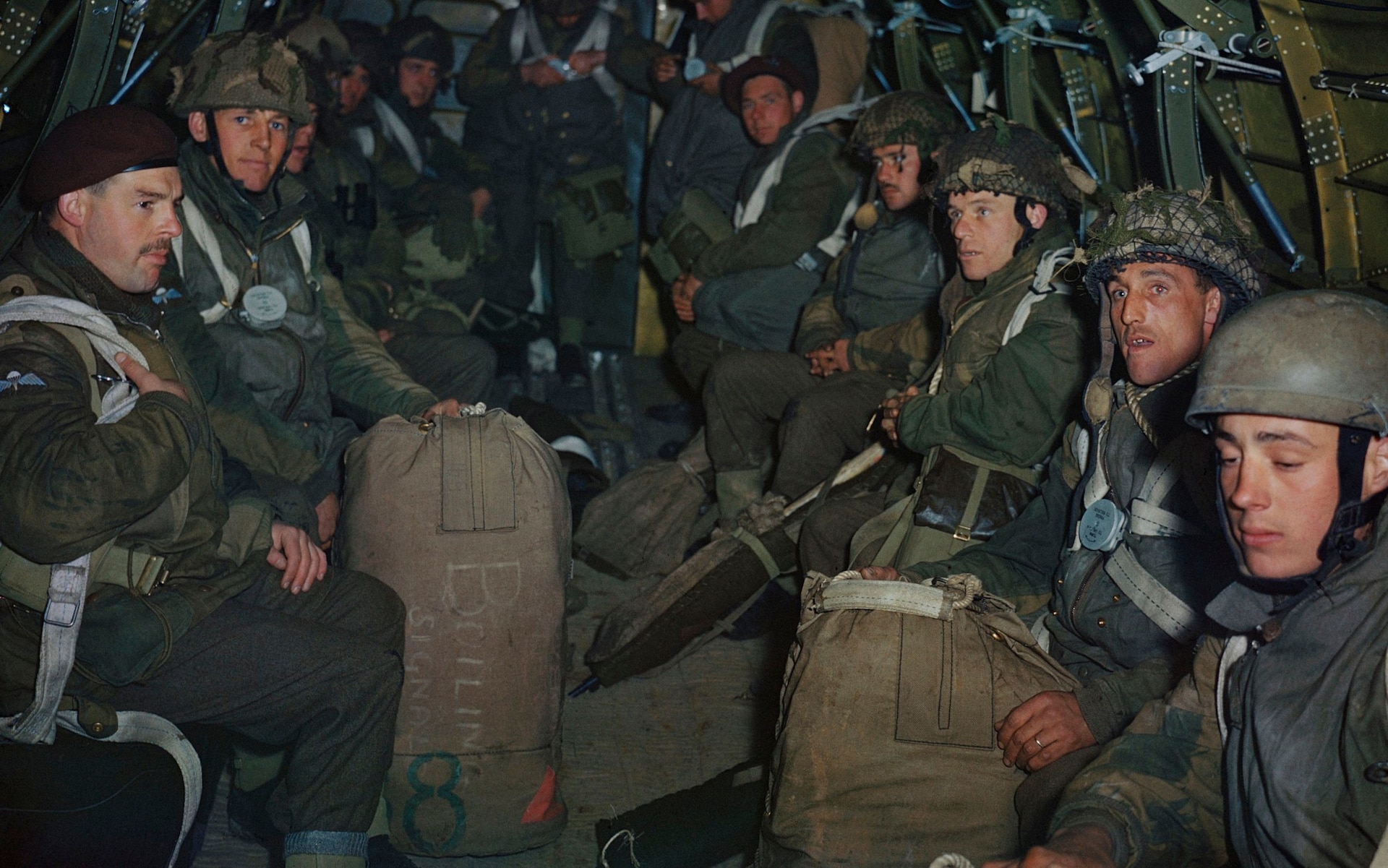 British paratroopers aboard a 271 Squadron Dakota in April 1944 during an exercise. The configuration is similar to the one used on June 5th (Source Imperial War Museum (IWM)).

On board FZ668, bearing the chalk number 253 for this operation, twelve 20-pound bombs, "a small surprise for the troops defending the coast in France" as it was referred to in the operation log of the squadron, were dropped when crossing the French coast. Seventeen paratroopers jumped at around 00:50 on DZ "K" located near Toufreville.

Their objective was to destroy the bridges over the Dive River. The paratroopers were split into two groups and met strong German resistance. The bridges were destroyed by engineers and the battle for the liberation of Europe began. FZ668 landed safely back at Blakehill Farm at 3:10. 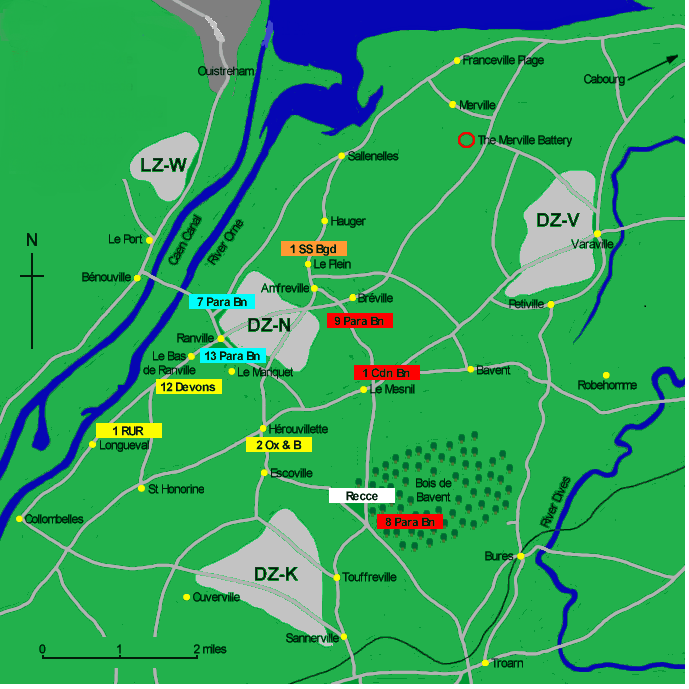 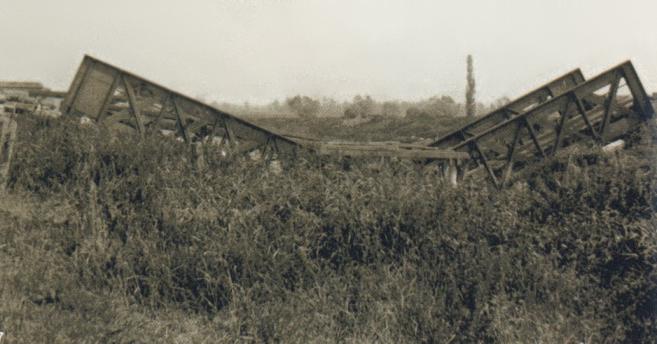 Railway bridge at Buré, one of the targets of the parachutists who dropped from FZ668. 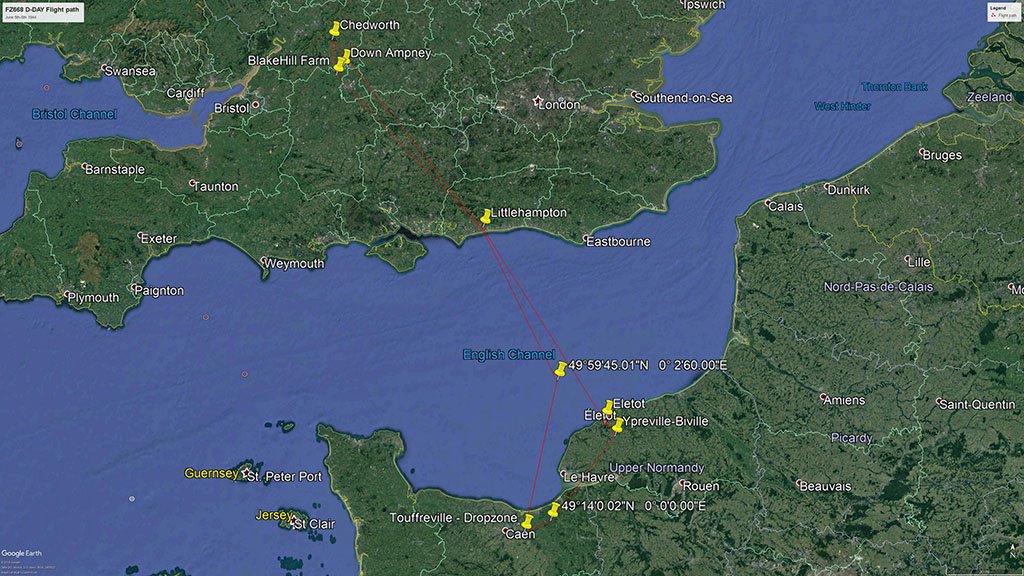